The Anatomy of a Kubernetes Cluster

A typical Kubernetes cluster will contain:

Again, these are just a common variety of computers. Sometimes they may be large physical servers, and sometimes they can even be Raspberry Pis. But in the case of Google’s Kubernetes engine and the Elastic Kubernetes service, they are virtual machines.

Master Node Masters run several components that provide us with something called a control plane. They make decisions about the cluster, such as where to schedule specific workloads, etc. The Master is responsible for the state of the cluster. It continually keeps an eye on everything to make sure that everything is working fine. Node runs the component that provides the runtime environment (they are basically the workers with the container runtime). These nodes provide the resources for the cluster such as the CPU, RAM, etc. When you deploy a container on Kubernetes, the Master will pick a node to run it on. Here’s a diagram of a Kubernetes Master node. Image for post 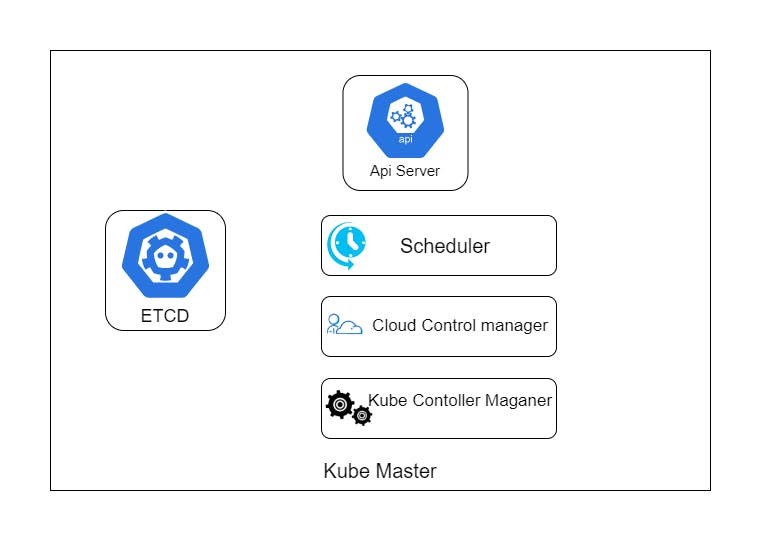 API server The API server is the front end of the control plane; it exposes the API for all the master functions. Every time you communicate with the Master or something else interacts with the Master (Cloud shell in GCP), it will be through this API server.

Etcd Etcd is Kubernetes’ own database. It stores all Kubernetes’ configurations and states. I call it a database, but Etcd is just a key-value store.

Scheduler The scheduler is responsible for scheduling workloads. What that means is when you want to deploy a container, the Scheduler will pick a node to run that container on. The node it selects can be affected by a lot of factors such as current load on each available node, requirements of your container, and some other customizable constrains.

Cloud Controller Manager Cloud Controller Manager allows Kubernetes to work with cloud platforms. Remember, Kubernetes is itself an open-source project with contributions from large companies and not just Google, so it doesn’t natively contain functionality for GCP only. This manager is responsible for managing things like networking and load balancing as it translates to the product and services of a particular cloud platform.

Worker Node Now let’s look at the node (Worker) of Kubernetes. They are a lot more straightforward than the Master. Here’s a diagram of the Worker node. 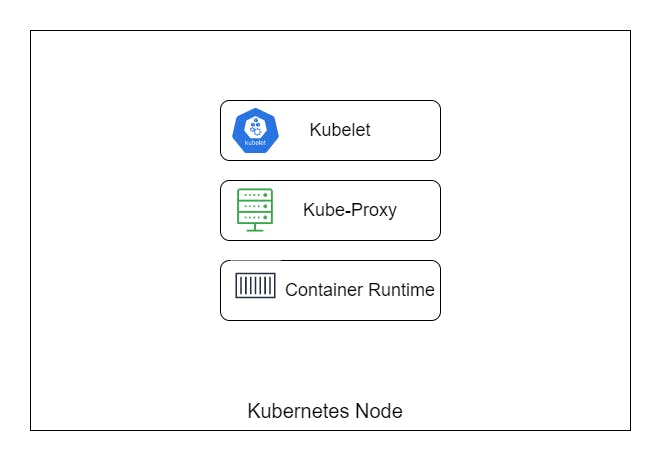 Kubelet Kubelet is an agent of Kubernetes. It communicates with the control plane and takes instructions like deploying containers when it’s told to.

Kube-proxy The Kube-proxy is responsible for network connections in and out of the node.

The hard way In the hard way, you spin-up the virtual machines and configure the Worker nodes and Master node. We need to install the Kubernetes software and provision network overlay and set up the certificates so that the components inside can talk with each other.

The easy way For the easy way, we can use the predefined services provided by almost all cloud providers, for example, GKE by Google Cloud Platform. GKE provisions and manages all the underlying cloud resources automatically. It creates Master nodes and Worker nodes for you, and you don’t even touch the Master control plane. It’s completely managed for you. You can compare the architecture of the GKE to our architecture below. 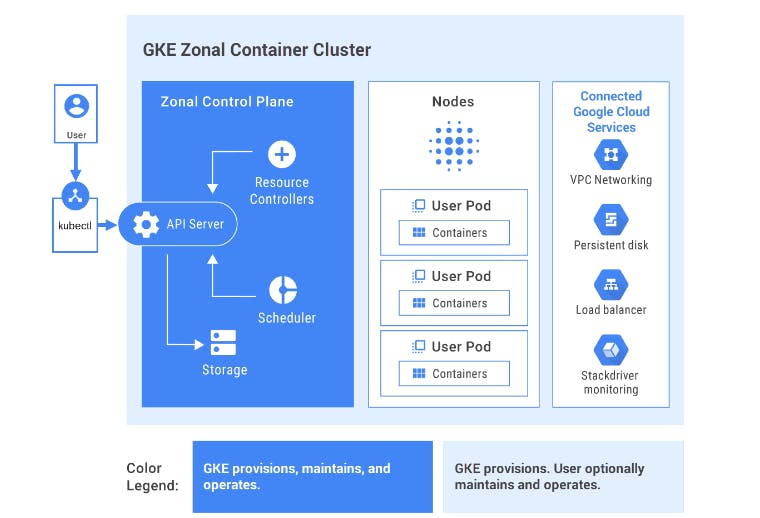